When your dental professional performs a root canal to save your tooth, they clean out the inner workings and refill the root canals with a material that’s intended to prevent re-infection. Lastly, the tooth is sealed with a restoration. Usually, this fixes the dental issue, and as long as you continue to brush and floss regularly, you’ll experience no further problems with that tooth. However, sometimes a root canal fails to prevent re-infection. When this happens, your root canal specialist in Thornton, CO, may suggest a procedure called a root canal retreatment.

What Can Cause a Root Canal to Fail?

There are several possible scenarios in which a root canal may fail to protect your tooth. For example:

Any one of these possibilities could cause you to need root canal retreatment. If you begin experiencing pain in a tooth previously treated, schedule an appointment to see your dental professional right away before your condition worsens.

What Is a Root Canal Retreatment Procedure?

During your root canal retreatment, your dental professional will perform an oral exam and take diagnostic tests, such as X-rays, to better understand why your initial restoration failed. Afterward, they’ll devise a course of treatment. A root canal retreatment involves removing the initial restoration, re-cleaning and sanitizing the root canals, and re-filling the holes. They’ll also place a new restoration on top to seal the tooth. Ideally, this will fix the issue you’re having with that particular tooth.

If you suspect you may need root canal retreatment in Thornton, CO, call Colorado Root Canal Specialist today. A member of our friendly and experienced team is waiting to take your call. And we’re happy to schedule an appointment that conveniently fits your busy schedule. Contact us today to schedule a consultation and comprehensive oral exam. 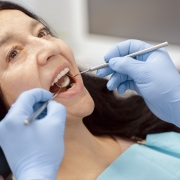 Root canals can be so effective at preserving a tooth that has structural problems that reach below the gum line. While the treatment can be effective and long-lasting, occasionally, a root canal can have to be replaced or redone. If you are told that you need root canal retreatment, you are bound to have a few questions about the procedure and what to expect. Here are a few important things to keep in mind as you plan for the replacement of your existing root canal.

When you go in for retreatment, the existing root canal will be drilled away just as the dentist drilled out the affected interior tooth tissue during the first root canal. If the affected tooth has been capped with a crown, this crown may have to be removed prior to treatment. Once the existing canal is removed, the dentist will use magnifying instruments to examine the new opening and plan for the new root canal.

Retreated Teeth Can Be Just as Strong

It is easy to assume that having a tooth that has had a root canal more than once would mean the tooth is more likely to cause problems, but this is not true. Typically, a second root canal on the same tooth can function for just as many years as a tooth with one root canal. It is not uncommon for teeth to last a lifetime if a root canal is done in a timely manner, even if the root canal has to be redone at some point.

Extraction May Be the Only Alternative to Root Canal Retreatment

If you do opt to avoid a second root canal, the usual alternative is simply extracting the tooth. Without retreatment, the tooth will further deteriorate, so decay can lead to a multitude of problems and risks, such as a dental abscess. Of course, if you do opt for extraction, you may have other cosmetic options such as having a dental implant placed or obtaining a partial denture.

Work with a Root Canal Dentist in Thornton, CO

Secondary root canals are common, and the procedure is a straightforward one that can preserve the life of your tooth. If you believe you need root canal retreatment, please reach out to us at Colorado Root Canal Specialist in Thornton, CO to schedule an appointment.